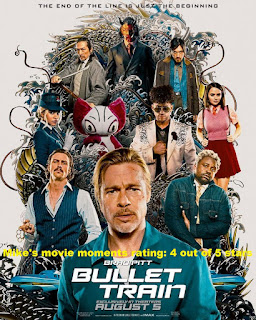 When this movie was released few days ago, I checked and found out that it was having Dolby Atmos sound effect. Hence I decided to see it in the weekend at a studio with such sound system. But our favorite cinema only had shows starting from 6 PM which we thought was too late for our taste. So we went and see it in a place little bit further but having 1 PM show. Anyway I'll just get right to it now.

In a Japanese bullet train aka Shinkansen, an assassin who just returned from hiatus with code name Ladybug (Brad Pitt - Ad Astra, Allied etc) was given a simple task of smash and grab. Unbeknownst to him though the thing he was supposed to get was from 2 deadly assassins called Lemon (Brian Tyree Henry - Eternals, Godzilla vs. Kong etc) and Tangerine (Aaron Taylor-Johnson - The Wall, Anna Karenina etc). They were doing an assignment for the infamous Russian gangster leader White Death (Michael Shannon - 12 Strong, Knives Out etc). 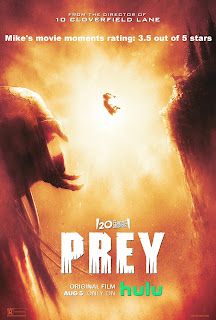 I was aware of this movie when I saw it in the Coming Soon section of Disney+ and found out later that it was a prequel to Predator franchise. Since I like this sort of movies, I was definitely interested and gave it a try on Monday (not sure though when it was actually released on Disney+). Anyway, we'll get right to the movie then.

Set in the year 1719, a young Comanche woman named Naru (Amber Midthunder - The Ice Road, Roswell, New Mexico TV series etc) wanted to become a warrior even though she was actually trained to be a healer by her mother Aruka (Michelle Thrush - Blackstone TV series etc). When a lion attacked her village, Naru joined her brother Taabe (Dakota Beavers) and other hunters to hunt despite their objection. 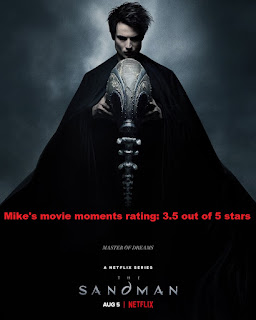 After months of seeing this title in the Coming Soon section of Netflix, finally the series was released last week. Despite not knowing anything about it, just the fact that there were plenty of articles talking about the series made me feel intrigued. So I started watching this one during the weekend and completed it last night. OK, I'll dive into it now.

Story focused on the character Lord Morpheus/Dream of Endless aka the Sandman (Tom Sturridge - Mary Shelley, Sweet Bitter TV series etc) who was ruler of the kingdom in the dream world known as Dreaming. After being captured for very long time by humans, Morpheus managed to escape and return to Dreaming where his librarian Lucienne (Vivienne Acheampong) took care of business while he was away. During his captivity, one of Morpheus' creation, a Nightmare called The Corinthian (Boyd Holbrook - We Can be Heroes, Beckett etc) broke away from Dreaming and wreaking havoc in the waking world.

I never claim to be a professional movie critic. This blog only represent my personal view and movie experience. It is not meant to be a truly smart analysis of the feature of the films like script, musical score, acting, directing or any such things, though at certain times I might provide my comments on those aspects. If you are looking for any of that stuff in every post, other blogs may suit you better.